Do you read Penelope Trunk’s blog? I do. I don’t always agree with everything she says, but I love her brutal honesty with respect to both her professional and personal life. Her latest post talks about movements through history – the industrial age, the space age, etc., and how the current generation often doesn’t acknowledge the prevailing age of the time. She argues that we aren’t in the information age right now as is often discussed, but rather we are in an age of personal responsibility, since we find ourselves taking charge of our own health, retirement, career, and the education of our children. Taking charge is something Gen Xers excel at. I don’t know about you, but I am often frustrated when I have to leave something in the hands of others… It’s not that I think I’m going to do it better than them (well, in the spirit of brutal honestly, it often IS that), but it just feels good to be in control. I think this is why we find ourselves wearing lots of hats in the workplace (as discussed at length in the AAM session). We spot the areas at work that are crying out for someone to take charge, and we immediately leap in.

How do you think we will describe this era in years to come? Game developer Ed Fries argues that we are living in the game age, which I can definitely see, too. Any other thoughts?

A high school teacher told my husband that if he didn’t try harder, he would wind up as nothing more than a construction worker. This was and is considered a punishment for “lazy” kids. Well guess what? He does work in construction and he’s doing fine. More than fine, actually, he’s doing better than most people I know with graduate degrees. He’s also pretty useful to have around. When a 100-yr-old sewer pipe broke in our yard, we fixed it (now there’s a true test of a marriage – spending 2 days up to our ankles in sewage with no running water in the house). When we needed new gutters, we installed them. Our TV stand? He made that. When the pipes froze, cracked, and leaked, we ripped out half the kitchen, installed a new pipe, then patched and finished the wall.

We rebuilt a supporting wall in our basement (which included pouring a new foundation -that’s me in the photo vibrating concrete) and we’re in the process of digging a French drain under our porch. It’s taking us a long time to fix up our house because we both have full-time jobs, but we haven’t spent a penny on labor. His mom still wishes he would go to college, but she calls him every time something needs to be fixed, installed, or built.

Gen X is going to see a dramatic decline in skilled craftsmen as we get older, because this kind of work was actively discouraged when we were in school. In 2009, the average age of a licensed plumber or electrician was 55. Soon, these people will be retiring, and there are very few people ready to take their place. We’ve somehow created a society full of academics. College is considered so vital to future wealth and happiness that now you can be looked down upon for only having a bachelors degree (trust me, I know). How ever far we might have advanced as a society, we still need people to build and fix things, and I don’t see this changing any time soon. Lack of skilled labor has an impact on global economic growth, too, by impeding national infrastructure projects such as transportation and power. Despite the struggling economy, employers desperately need but cannot find skilled welders, electrical linesmen, geotechnical engineers, civil engineers, and more.

Gen Xers have a responsibility to break down the negative stereotypes that surround blue-collar work. Encourage your kids to make, build, and repair. Don’t force them into college because it’s what you did, and/or it’s what you think they should do. Be proud of their talents, even if they are non-academic, and help bring the honor back to skilled labor. If we don’t, we’re going to be in trouble in 15-20 years when our kids hit the workforce and there’s no one left to call when something breaks. 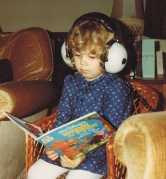 I’m at the tail end of Gen X, born in 1979, but mentally I’m right there in the middle. And “middle” is a great word to describe this generation today. If I’d been born just a few years later I’d be one of those “digital natives” that everyone keeps talking about. You know, those people that grew up with digital technologies and (more so) the internet. The people that have no fear when it comes to technology because they’re just so gosh-darn used to using it for everything that they do. People often assume because of my age and the job that I do, that I am one of these people. Not so! The first computer I ever owned I bought in 2004 (I still have it). The first two years of work I did at the Smithsonian is saved on floppy disks. I hand-wrote every college paper, and in 1998 I declared the Internet to be a fad that was useful only for advertising and porn. The design school I attended taught me letterpress printing, black and white film photography, and stop-frame animation. I studied graphic design but never touched a computer. I’m still trying to get my head around basic web development, and don’t ever ask me a question about linked data.

This is why Gen X is lucky. We grew up in a non-networked world. We remember cassette tapes and floppy disks and video game cartridges. We made room in our suitcases for books and CDs and camera film. We weren’t able to immediately find the answer to every question. We took a break between sending something to print and collecting it from the printer. We wrote letters to stay in touch with remote friends. And then… we SAW IT ALL HAPPEN. I began my professional life in 2003. This was the year that launched Safari, Second Life, Skype, and LinkedIn (that last one surprised me, too). Apple opened the first iTunes store. Valve introduced Steam. The U.S. set standards for commercial emailing. 2004 brought MySpace, theFacebook, Gmail, Flickr, Yelp, Firefox, and World of Warcraft. Entering the workforce at this moment, I had to learn new things quickly to survive. I wasn’t old enough to be resistant to change, and I wasn’t young enough to take it for granted. I was in the middle.

Gen X witnessed the changing world. We participated in it, we changed with it. We saw the potential because we knew what it was like before. This is the advantage we have over the digital natives. We know and understand what has changed, and we are ideally placed to shape it. We emerged in-between a world with no internet and one where everything and everyone is connected. From here we can see everything; it’s a good place to be.