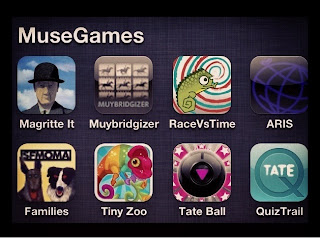 I just have a quick minute to write. I have to quick get ready for my 12 year old’s graduation from Hebrew School. I drove him twice a week for the last many years and not sure he really got anything out of it to be honest… Obviously I don’t need to tell you how uninspiring Hebrew School is..

However, if his classes were taught on iPads with games full of incentives to learn to make better choices, not repeat history, give back and think more selflessly then perhaps Jewish art history may be a perfect agent for teaching with social consciousness.

Imagine Games Like: Recover the 14thC Treasure Trove from the Plague Riots, Uncover the Roman Mosaic, Find the Nazi Looted Art, Protect the Cultural Property, Holocaust Memory Game, Shine the Holiday Silver.. its endless how many ways to engage people through games.